7/17/10 Mary reads the role of Margaret in Henry VI Part 3 with Instant Shakespeare Company at the Shakespeare statue in Central Park!

7/12/10 Mary reads the title role in Lysistrata with Instant Shakespeare Company at the NYPL Mid-Manhattan Branch! Bawdiness was rampant! ;-)

7/5/10 Mary reads the role of Margaret in Henry VI Parts 1 & 2 with Instant Shakespeare Company at the Shakespeare statue in Central Park!

6/4/10 Another nice mention in the The New York Post, come see the last week of Comedy of Errors in one of the most beautiful parks in Manhattan!!

6/4/10 Inwood Shakespeare gets a nice mention in The New York Times, along with many other fantastic companies that do Shakespeare in the Park! Make your plans to see some this summer and support what we do!

5/30/10 Mary sings 'Ave Maria' from Verdi's Otello at the 15th Annual Lower East Side Festival of the Arts at Theatre for the New City. Accompanied by Eric K. Johnston.

5/15/10 Mary reads the role of Portia in Julius Caesar with Instant Shakespeare Company at the NYPL St. Agnes Branch.

5/10/10 Tear sheets are up from Mary's shoot for the Bravado Harley Davidson Summer 2010 Catalog check them out HERE.

5/3/10 Mary begins rehearsals in the role of the Courtesan in Comedy of Errors with Inwood Shakespeare.

4/18/10 Clips are uploaded of Mary's work as Blanche in A Streetcar Named Desire with Thunder Bay Theatre. Check out the clips under Media/Stage!

3/30/10 Rehearsals have begun for Much Ado About Nothing with American Bard Theater Company. Previews begin April 16th!

3/12/10 Mary is excited to have been cast as the role of Courtesan in Comedy of Errors for Inwood Shakespeare Festival. Show runs June 2nd-19th!

3/6/10 Mary spends the day getting beautiful color and highlights for First Magazine, and will possibly be included in their May issue!

2/24/10 Mary reads the role of Mom in Kitty's Christmas written by fellow ABTC company member, Ross Hewitt. Presented along with Kitty's Christmas was both Quicksand and Booties. Ross is currently submitting all three plays to play festivals around the city.

2/6/10 Mary is cast as Margaret in American Bard Theater Company's upcoming production of Much Ado About Nothing. Runs April 21st-May 1st.

11/8/09 The trailer is out on YouTube for Worst Date Monologues: A Love Story. Check out Mary as a ghetto white girl, playing Sloth.

10/28/09 Mary is so proud at the success of Witches, Bitches!! with American Bard Theater Company check our site to find out what's in store for 2010.

10/4/09 Mary shot with photographer, Ash Ahuja in the Meatpacking District of NYC, check her portfolio for all the great shots! Styling by Khrystyna Khuily.

9/9/09 All clips from the series Mary filmed titled Fly White Guy: Showbiz Professional are up on YouTube including: Life Coach and Kleptomaniacs Anonymous.

9/9/09 It's official, Mary is the proud Founding Artistic Director of American Bard Theater Company and is looking forward to a very exciting 2009-2010 season.
8/17/09 Mary reads the role of Ariel in The Tempest for Instant Shakespeare Company at the NYPL, Mid Manhattan Branch.

8/1/09 Mary reads the role of Mistress Page in The Merry Wives of Windsor for Instant Shakespeare Company at the NYPL, Muhlenberg Branch.

7/26/09 Mary plays the combined roles of Capulet and Lady Capulet in Romeo and Juliet for Imagine Me Spontaneous Shakespeare Sundays at Cherry Hill in Central Park.

7/18/09 Mary reads the role of Cressida in Troilus and Cressida for Instant Shakespeare Company at the NYPL, Riverside Branch.

6/14/09 Mary is opens as Titania in A Midsommer Nights Dreame with Spontaneouse Shakespeare Players. One more performance of this exciting First Folio unrehearsed Shakespeare production will happen on June 28, 2009.

Pericles, Prince of Tyre by William ShakespeareDirected by Shana Solomon

By Subway: A train to Dyckman (200th St.)
Free Admission

5/04/09 Mary celebrates her birthday with a great review about her last show here with TBT, A Streetcar Named Desire. The Alpena News says, 'In the hands of Riley, Blanche unravels in front of the audience's eyes....' Check out the review page for more.

4/19/09 Mary is featured on Channel 11's Talk of the Town with fellow cast member Jennifer Carter, talking about their upcoming show A Streetcar Named Desire Their segment can be seen above or on Youtube.

4/18/09 On a personal note, Mary would like to welcome her second niece into the world, Sofia Ruth McKinley!!

4/4/09 In honor of their 10th anniversary, Genesis Repertory has created a compilation from the 2007 production of Romeo and Juliet: Jeruselem, and features Mary as Lady Capulet. You can find it here on Youtube

3/30/09 Reviews are in and audiences love, Happy Birthday running until April 5th!

3/25/09 TBT's second show, Happy Birthday is featured in the The Alpena News Lifestyles section and opens this Thursday, March 26th!!

3/2/09 TBT's first show, Art of Murder is featured in the The Alpena News Lifestyles section and opens this Wednesday, March 4th!!

2/23/09 Mary is featured, along with other company members from TBT in The Alpena News Lifestyles section for the Spring 2009 season

12/29/08 Mary is offered the Spring 2009 season with Thunder Bay Theatre appearing as Kate in Art of Murder, Jacqueline in Happy Birthday and Blanche DuBois in A Streetcar Named Desire

12/2/08 The reviews are in and audiences and critics love The Winter's Tale click on the following links to read more:
'Winter's Tale' duly soaped

11/10/08 Promo video posted above for The Winter's Tale at Southwest Shakespeare Company in Mesa, Arizona

8/21/08 Mary opens as Emilia in the World Premiere of John Reed's new play All the World's A Grave.

8/16/08 On a personal note, Mary is officially an Aunt and would like to welcome her beautiful new niece Grace Callie McKinley into the world!!

6/14/08 Mary is very excited to have been cast in the role of Hermione in The Winter's Tale at Southwest Shakespeare Company running November 27th-December 20th 2008 in Mesa, AZ

5/20/08 Mary will be performing An Opera Sampler with Jenifer Gelber at the Lower East Side Arts Festival 6:30p.m. on Saturday, May 24th in the Johnson Theatre

4/15/08 Mary is offered the summer 2008 season with Shakespeare in the Valley appearing in The Taming of the Shrew, The Tamer Tamed and the world premiere of All the World's A Grave

1/30/08 Mary debuts new composite card, check it out under Modeling


9-04 Going home again to work for Marketing Connections on another Guinness and Smirnoff promo and of course sit at the beach as much as possible!!

7-17-04 I am excited to report that I have been cast as Widow Piper in a touring production of Babes in Toyland with American Family Theater.  I will be touring the Midwest this November and December so stay tuned!!

8-13-04 through 8-29-04 put it on your calenders. I will be performing in The Spickner Spin with Parenthetically Speaking Productions at the New York Fringe Festival. My first NYC show.........yeah!!!!

6-10-04-Will be performing in a benefit concert for Spickner Spin  at The Marquee 356 Bowery btn 4th and Great Jones in NYC
For reservations email psproductionsgroup@yahoo.com

6-1-04-Cast in "The Spickner Spin" a musical playing at the NYC Fringe Festival in August..stay tuned

5-1-04- I am now studying dance at the New Dance Group in Manhattan. Many thanks to my very patient teachers, Frank Pietri and Stephen Harding for Jazz and Excel for Hip-Hop! 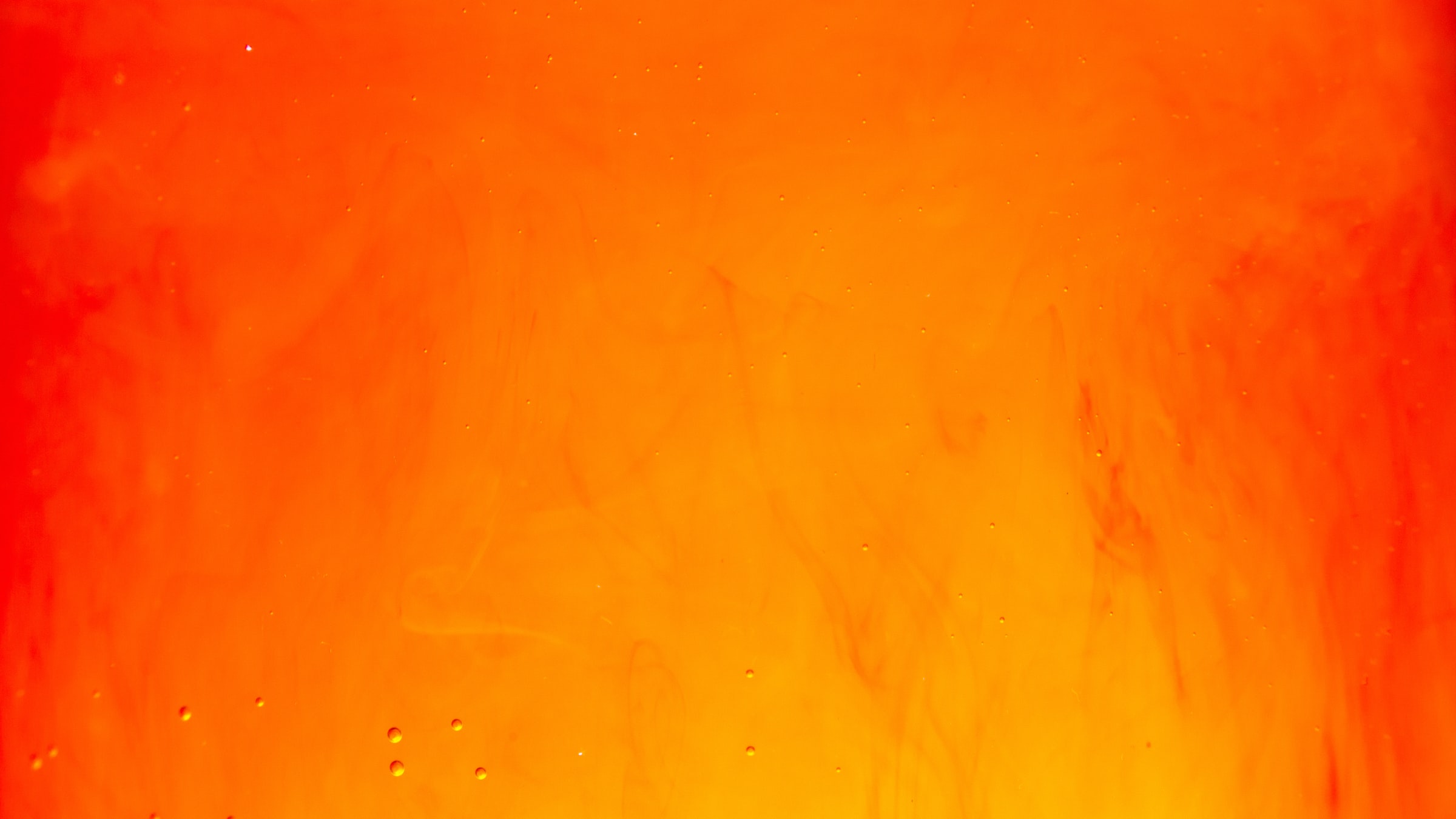