​Synopsis: The ambitions of Imperial Chancellor Larynx of Marradia -- a planet very far away -- to become High Priest Dubya are threatened by writer Melvin Worthington. In his best-selling "scholarly" books about the ancient aliens Marradians and their visit to Earth 30,000 years ago (which he thinks has totally made up), Worthington stumbles upon a secret that threatens the existence of the human race – bringing the Marradians to Manhattan to stop him. 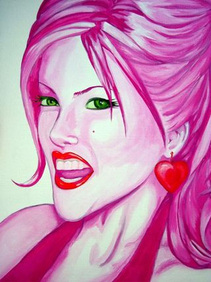 Playing the role of:
Anna Nicole 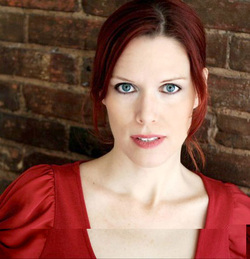 Astoria resident and professional actress, Mary Riley will star in the play, “Mad Mel and the Marradians,” a sci-fi comedy by Gary Morgenstein that premieres July 11 and will run throughout the month at the Abingdon Theatre, as part of the 2011 Midtown International Theatre Festival.

There seems to be nothing the Virginia native can’t do. Besides acting, Riley also sings and models, while working at two other jobs to pay the hefty bill of living in the Big Apple. Despite her extensive theater resume, Riley considers herself a model as well, who most notably made several appearances on the pages of “Beauty Revealed,” a book by photographer and novelist, Jerry Harke.

Riley doesn’t stop there. She founded and served two years as the Artistic Director of the American Bard Theater Company. While she has handed that position over to someone else, she was appreciative of the perspective it gave her.

“Being an actress, all I did was act,” she said. “You don’t realize the work that goes into it to make a play happen. Being the Artistic Director, I handled a lot of the administrative tasks and there was something nice about that. You’re casting the actors, dealing with the paperwork, booking the place. I learned a lot.”

While it was a prestigious title and an enjoyable two years, Riley soon realized she loved performing too much. “It’s fun on the stage, and it’s fun for the audience,” she said.

She has been doing just that recently – performing. Besides upcoming performances as Anita in “Mad Mel and the Marradians,” she will play model and TV personality Anna Nicole Smith, in “Anna Nicole: Blonde Glory,” and is reading the role of Rosalind in Shakespeare’s “As You Like It.” She also recently performed in the Lower East Side Festival of the Arts as one half of “Unstuffy Divas,” a singing duo that combines opera with comedy.

With so much on her plate, how does she find time for herself?

“It’s hard, but I love to travel,” she laughed. 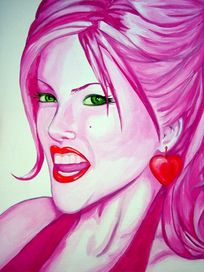 Reading the role of:
Anna Nicole

Tickets: The reading is free and the building is wheelchair accessible. Ms. Cavalieri will be present